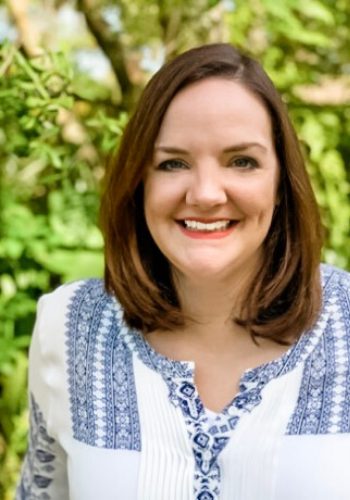 Anni Christie is the illustrator and potter behind Magpie Mischief. Her studio is located in Wyoming, MI.

Magpie Mischief was initially founded in 2011 with her sister-in-law Amy Selikoff. They sold together under the name Magpie Mischief at small markets. They later went on to show their art in art galleries together. In 2017 Amy created the business the Respectable Raccoon, focusing on origami sculptures and Anni switched from collage paper sculptures to pottery continuing under the Magpie Mischief name.

In 2019 Anni, her husband Joel and two children moved from Florida to Michigan. Anni left her work as an art teacher and became a full-time potter. She began taking her knowledge of other disciplines of art–screen-printing, 3D printing, illustration and collage and applying it to her pottery. Her distinct work has been featured in a variety of blogs, several news media stations and featured in Etsy’s Etsy Success platforms.

If you’re finishing up your holiday shopping, but have that one person to shop for who loves vintage gifts, it can be challenging to find just the right thing. We scoured the Internet and found inspiration through these fun vintage and vintage-inspired gifts. Which will you choose?

35. And colorful garden markers that’ll make any Plant Mom/chef smile from ear-to-ear, especially if they’re the type to pot a bunch of herbs and promptly forget which ones they put where.

26. Colorful garden markers that’ll make any Plant Mom smile from ear-to-ear, especially if they’re the type to pot a bunch of herbs and promptly forget which ones they put where.

15. A ceramic herb garden marker so they can easily identify and keep track of all the delicious things they grow in the prettiest way possible. 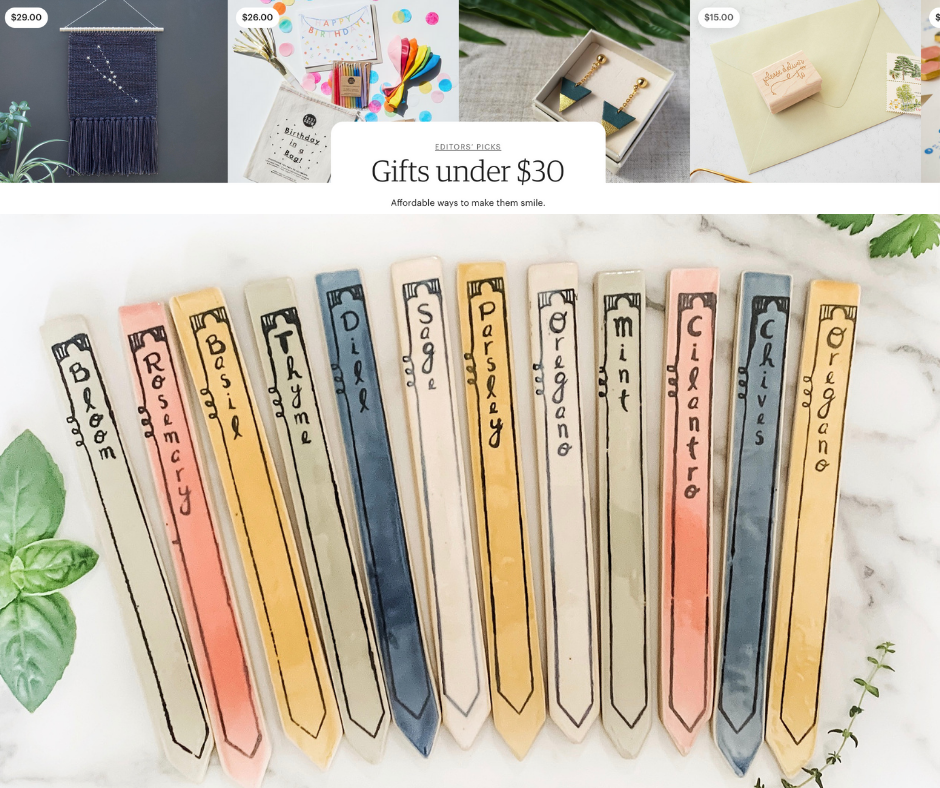 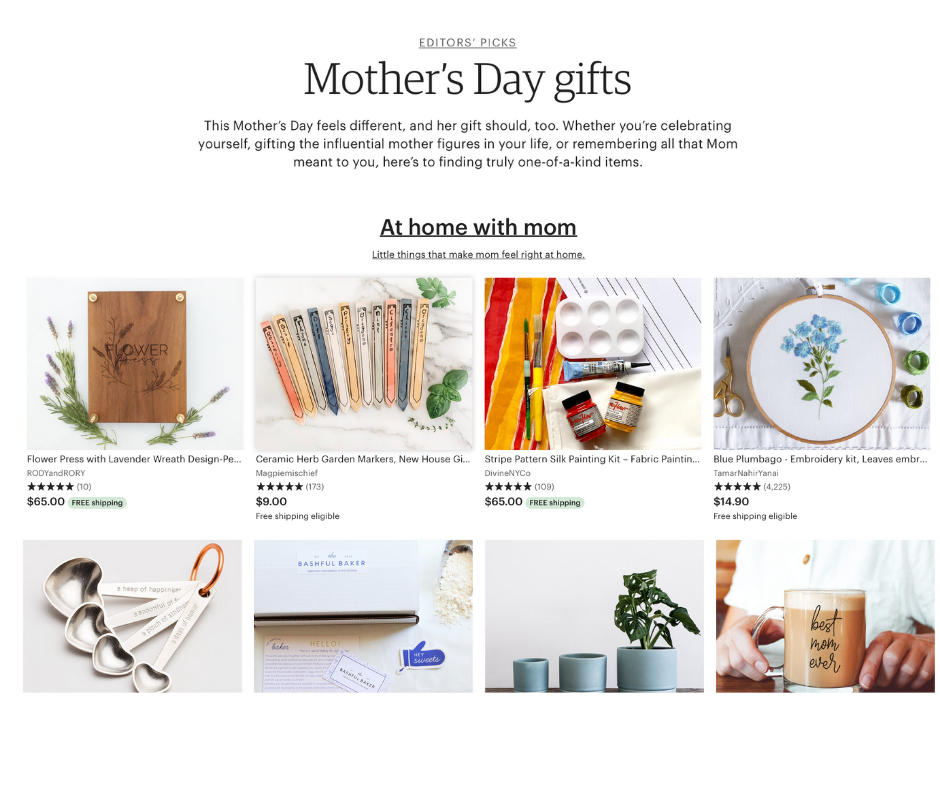 Anni: I am a potter. I create my own illustrations that I then put on the clay while it is still wet.

I create this style of pottery for women who really want to make their homes into a welcoming haven for friends and family. While some of my pottery is decorative a lot of it is very functional and useful for everyday life or bigger holiday events….click here to read more

Today on the travel journal, I got to interview another very talented maker, Anni Christie, owner of Magpie Mischief.

Anni makes the most adorable ceramic fox spoon rests, and gnome ring cones that I never knew I needed before! Inspired by her travels to Finland, and her move from Florida to Michigan, her pottery tells a unique story, keep reading below to find out more.

Oh, and did I mention that she’s completely renovating her house, and making way for what sounds like an amazing home studio for Magpie Mischief in the process! … Click here to read more

* Available for media purposes only 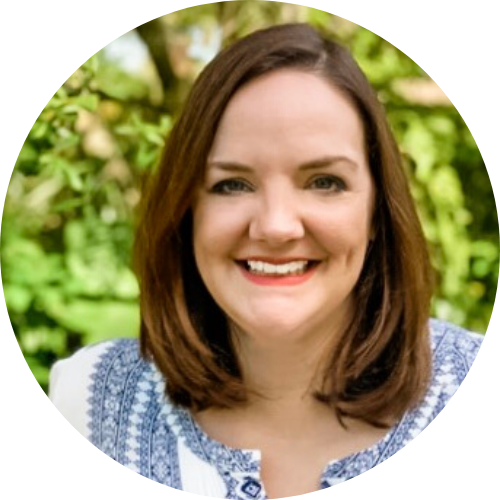 * Available for media purposes only 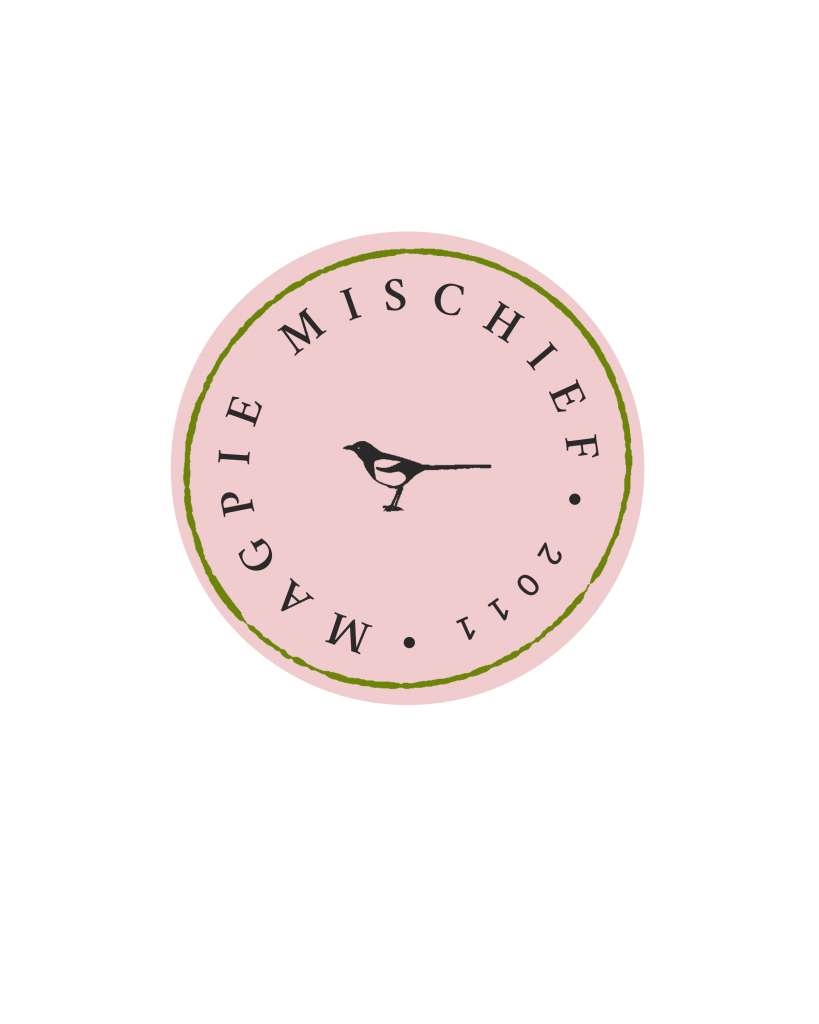 Free Shipping with an order of $75 or more. No code needed Dismiss